Kaysteiger.com now redirects you to my new Wordpress site.
Posted by Kay Steiger at 10:32 AM No comments:

I've been testing out a Wordpress blog instead of this Blogger format. I've moved my work over to kaysteiger.wordpress.com, ignoring all wisdom gleaned from Matt Drudge. Redirect on kaysteiger.com coming shortly. Please update your RSS feeds accordingly.
Posted by Kay Steiger at 5:44 PM No comments:

Wow. Hey, guys. I've been out of the posting game for a little while. Sorry about that. Mainly I've been busy because I quit my job and started a new one since my last blog post. I'm no longer the editor at CampusProgress.org (and if you know anyone who wants my old job, send them here).

Instead, I'm now the online managing editor at Washingtonian magazine. I'm just getting going there, but if you're really desperate to read some stuff written by me, you can read some morning roundups and daily questions I've put together over there.

But if you want to see me in real life, you should swing by the Women's Information Network offices tonight at 6:30 for me to present with some other folks on "Finding Your Voice Online: Political Blogging 101."
Posted by Kay Steiger at 10:17 AM No comments:

Why Are There So Few Female Characters Overcoming Disabilities? 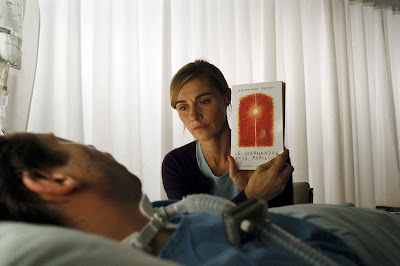 (Miramax Films)
I recently got around to watching The Diving Bell and the Butterfly, a beautiful film about former Elle editor Jean-Dominique Bauby's struggle with the aftermath of a massively debilitating stroke. Though not super common, stories about a protagonist overcoming the complications of a disability are getting some attention, what with the Oscar-winning The King's Speech. Even the most recent season of Breaking Bad depicts DEA agent Hank Schrader working through physical therapy after a near-deadly shooting. These stories are part of a niche sub-genre of characters coming to terms with a disability.
But what you don't see in these types of stories are female protagonists. An obvious candidate for a story like this would be a biopic of deaf-and-dumb heroine Hellen Keller, but no such major film adaptation has been done, save a documentary about her released in 1954.
In fact, women are rarely portrayed with disabilities of any kind in film or television in recent years. The last major actress with a disability I can recall is deaf actress Marlee Matlin, who won an Academy Award, a Golden Globe, and four Emmy nominations. Much has been written about the lack of interesting roles for women, including something Tad Friend touched on in a piece in a recent issue of the New Yorker on female comedians. But rare as interesting roles are for women, roles for women with disabilities are even rarer.
If a stuttering king is worthy of an Oscar, maybe Hollywood can consider writing such a role for a woman.
Addendum: So many people have pointed out that I have forgotten The Miracle Worker, a 1962 film starring Patty Duke. Though it still doesn't change the fact that far more movies get made about men overcoming disabilities far more often than ones about women do. Commenter Sayantani writes,

My knowledge of film history is nowhere near comprehensive, but I think the original point I raised is still a valid one.
Posted by Kay Steiger at 10:49 AM 9 comments: 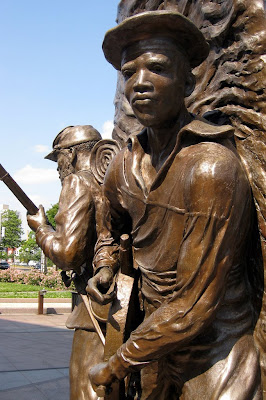 Posted by Kay Steiger at 1:30 PM No comments:

Jill at Feministe links to a protest planned this weekend based on Stephen Colbert's really hilarious sketch on a Fox and Friends misunderstanding of what kids of things you can actually obtain at Walgreen's.

FLASH MOB ALERT!!!
FOX & Friends thinks we don’t need Planned Parenthood because women can just get their breast exams and pap smears at Walgreens (which is not true). Let’s prove them wrong by demanding these health services at Walgreens across the country and seeing what happens.

Here’s what to do this Saturday at 12 PM:

1) Pick your favorite local Walgreens
2) Get a group of friends together or connect with people via this event page.
3) Go try to get your pap smear!
4) Don’t forget to bring your video cameras and share your footage on YouTube!

Jill calls it brilliant, but I'm not so sure. No offense to the organizers, because I think their heart was in the right place, but it seems to me that this protest at best will be ignored and ineffective and at its worst could turn people against the cause who previously had no stake in the debate. But then, I wasn't involved in the planning of the debate. Thoughts?
Posted by Kay Steiger at 12:24 PM No comments: 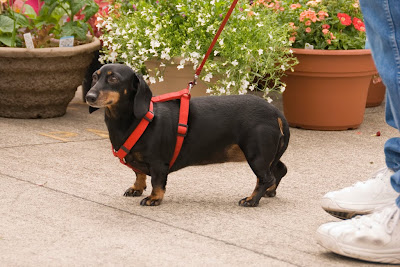 (Flickr/kightp)
This post on Very Smart Brothas asks why women always seem to be biased against short men. Granted, this is completely anecdotal, but I hear women say things all the time like, "I just can't date a guy that's shorter than me." Warning: I am about to take a very controversial opinion on this: Women who discount men because they are short are, well, kind of bigots.
People get really offended when I say that, so if you're interested in my rationale. I recommend you continue reading. Otherwise, you can just skip to the comments section and tell me I'm a horrible human.
Despite the fact that I've never dated anyone shorter than me (I'm 5' 6") and my current boyfriend is closer to 7 feet than he is to 6, I've never really understood women's bias against short men. Not all women are guilty of this, but I've noticed a lot of women say this, and given the reaction I've had from men and women on Twitter, people feel strongly about this.
Height discrimination seems to be one of the last socially accepted irrational dating biases. If you're short, there's literally nothing you can do about that. When I say that I think women who refuse to date a man simply because of his height I usually get a litany of reasons defending this position—pretty much all of which are irrational.
I'm just not attracted to short men.
Fine. I don't really get why you'd eliminate an entire population simply based on height, but there is some evolutionary psychology to back up the idea that women tend to be attracted to greater height. But if we're totally being honest, there are tons of "evolutionary" romantic biases that modern people work around pretty effectively: People tend to be attracted to people that look most like them, women are "attracted" to wealthier men, or that women evolutionarily want to be more submissive to men. Why we adhere to the height "evolution" reason and tend to reject others as biased is beyond me.
Short men have a "Napoleon" complex.
I don't have any scientific data to back this up or anything, but I'm pretty sure Napoleonism isn't a universal trait among men under a certain height. What women mean when they say this is they once dated a short guy who was an asshole and so they've taken to assuming all short men are assholes.
It's "logistically difficult" to date a short men.
Women tend to bring this up a lot, hinting that height affects performance in bed. It's also usually followed up with "well, granted, there were other issues in the relationship." Do you think possibly these "other issues" were why you weren't having such a great time in the sack? Maybe? Possibly? I mentioned at the beginning of this post, there's an extreme height differential between me and my current significant other—yet somehow we manage to work around it. Why women can't work out a hight difference going the other way is, again, beyond me.
I really like to wear heels, and that makes me way taller than a short guy.
I'm sorry, what? No. Your fashion choices don't let you get to justify an irrational preference. Wear flats. Or better yet, wear heals and don't give a shit about how tall they make you.
The thing is, people are ready with all kind of irrational reasons why it might be justifiable to judge someone based on height alone, but it's really weird. Why do they do that?
Probably because the thing that makes them uncomfortable about all of this is that when they say they don't like short guys, what they're really saying is they are passing judgement on men about their masculinity based on a trait these men cannot help. And saying it in those terms makes people uncomfortable, so instead they will come up with strange defenses of this bias to make it seem like this is what's going on.
We perpetuate stereotypes about masculinity because dating is the one aspect in our lives where we're still allowed to be biased. People can't argue with you if you're not attracted to someone. But if they point out that this is rooted in ideas about masculinity and societal expectations, that becomes more uncomfortable for women. They're reminded how society demands they lose weight, look a certain way, act a certain way, or even be a certain skin tone.
Let's just call a spade a spade. If you look at a great guy who's attractive, smart, interesting, funny, and kind—and he's too short for you—you've given in to an irrational bias. That's fine, but just accept you're buying into reductive ideas about masculinity.
Posted by Kay Steiger at 11:49 AM 26 comments: