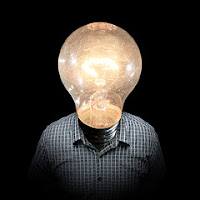 The New York Times Sunday Magazine this week was its “Ideas” issue. That is, a series of short blurbs that include everything from how to determine pay for teachers to a vending machine for crows (really). But there were two particular blurbs that were directly targeted at “women’s issues.”

The first was actually about men. See, it recanted this old study about how men who are more into gender equality tend to suffer lesser wages than their more “traditional” (i.e. sexist) male counterparts. The same is true for women. The article asked, “What if the real difference isn’t between men and women but between men who think women belong at home — and every-one else?” This sort of odd study shows that there is actually a long way to go in fighting for pay equity. It’s still useful to point out that even though men believe in equality and may be earning less than their “traditional” male peers, they still earn an average of a couple thousand dollars more than the women who believe in equality. Just because you believe in equality doesn’t make it so.

The second was a British study I hadn’t heard of until I read about it in the Magazine. The study shows that when a company is succeeding, both men and women are more likely to support a male candidate to take over in an executive position. But if that same business seems to be failing, men and women are much more likely to choose a female candidate for the job. This is a phenomenon that researchers call the “glass cliff.” The reasoning is that people don’t mind putting women in charge if there’s already a great chance of failure–think the last-ditch effort to name Sarah Palin as VP–but when things are going smoothly, they want to be sure to have a “strong leader”–read: man–in charge. It’s a unique phenomenon and seems to suggest that there’s a lot of underlying sexism that people don’t even realize they have.

Both seem to present problems more than actual ideas or solutions like the rest of the magazine. I guess solving gender problems is harder than teaching crows to drop coins into a vending machine.