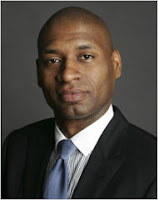 So says the New York Times opinion column from this weekend by Charles Blow (heh, blow). Apparently Blow thinks that this strange thing known as “hooking up” is here to stay. He actually turns to a book that I reviewed negatively for Bitch this year called Hooking Up: Sex, Dating and Relationships on Campus. Also, apparently if you are over the age of 30 you won’t understand what “hooking up” means. So, for those of you in that age range, Blow defines hooking up as casual sex, but I’ve generally understood that term to be more ambiguous.

In fact, as I understand it, the term is meant to be ambiguous. Some people are only comfortable making out with people, others are more comfortable with having sex. The term is meant to encompass these and everything in between so that there’s some intrigue. But Blow defines hooking up as casual sex, so let’s dive into that.

The thing I never understand is that for people over 30, as Blow has chosen to define the non-hookup generation, hooking up is always seen as a bad thing. Older folks seem to want to protect us young ‘uns from expressing our sexuality. Now, let’s be fair. There are a lot of risks that go with causal sex, including pregnancy and STDs, but most people are sexually active with more than one person in their lifetimes, and some of those are bound to be causal encounters. In fact, if those over 30 really thought long and hard about it, they’d probably remember (or recall that they don’t quite remember) a few casual encounters from their day.

Instead of freaking out about the fact that casual sex exists, or, like Blow, offering a resigned sigh that it’s here to stay, it’s important to arm young people with accurate and up-to-date information about how best to minimize risks in casual encounters. That includes encouraging condom use, HPV vaccination, and STD testing. But to pretend that casual hookups somehow lead to devastating emotional damage, or that everything would be all better if we returned to the era of Dating*, is silly.

Yes, hooking up can bring negative repercussions, but there are far worse things about sexual repression. Furthermore, a lot of relationships start with a casual encounter. People find one another that way who otherwise wouldn’t. By discounting casual encounters, we’re limiting ourselves in all kinds of ways. And hooking up isn’t for everyone. Some people just aren’t into it. And that’s okay. The point is that we need to be open to all kinds of safe sexual expression, whether it includes hooking up or not.

* As far as I can tell, this is a return to 1950s-style Dating where the boy comes to the girl’s house, under strict supervision of the girl’s parents, the dad holds a gun and demands to have her back by a certain time, and then the boy and girl go and have sex in a car. Much better, don’t you think?