VA Under Secretary of Benefits Steps Down, Possibly Due to GI Bill Benefits Delays 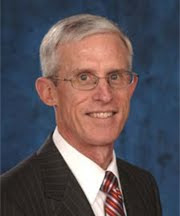 The Department of Veterans Affairs announced in a press release today that the Under Secretary for Benefits has announced that he will be stepping down.

WASHINGTON (Nov. 20, 2009) - Patrick W. Dunne, the Under Secretary for Benefits for the Department of Veterans Affairs (VA), today announced his resignation for early next year. Dunne, who attained the rank of rear admiral while in the U.S. Navy, has been with VA since 2006.

As Under Secretary for Benefits since October 2008, Admiral Dunne has directed the administration of VA's disability compensation, pension, education, home loan guaranty, vocational rehabilitation and employment, and life insurance programs through a nationwide network of 57 regional offices, other special processing centers, and Veterans Benefits Administration headquarters.

I don't know Dunne's exact reasons for stepping down, but since he's only held the position about a year, and during that time there has been massive trouble with the distribution of the new Post-9/11 GI Bill benefits, it seems likely that that may have factored into his departure.

The VA received more than 25,000 applications for updated GI Bill benefits within two weeks of the new program. At the time, Dunne was quoted on PR Newswire as saying, "We are very pleased with the tremendous interest in the Post-9/11 GI Bill. The number of applications submitted in the first two weeks clearly shows the value and importance of this new benefit for Veterans."

But it quickly became clear the VA was worried about being able to process the volume of claims they received. Dunne himself noted, "Our top priority is providing our students and schools with accurate and timely benefit payments so veterans can focus all of their energy on studies," he said in a statement quoted by the Columbus Dispatch in late September.

Although veterans were scheduled to receive living stipends from the VA by Nov. 1, by the end of October, it was clear that wasn't going to happen. The Navy Times reported at the end of October that, "'It is possible, if we have not worked their case by the end of the month, that some may not receive their housing payment on the first,' VA officials said in a statement, referring to Nov. 1."

The VA was supposed to implement a new computer program that would process the new GI Bill benefits faster. But delays in implementing the program put the VA behind in processing claims. Eventually, some emergency checks were distributed to veterans that were written by hand.

In a late September story about the delays in the payments from the GI Bill program, the LA Times quoted Dunne as saying, "The learning curve has been steep for us all." Indeed.

Cross posted.
Posted by Kay Steiger at 9:57 AM