Samantha Bee's a Mom, but Do We Have to Talk About It All The Time? 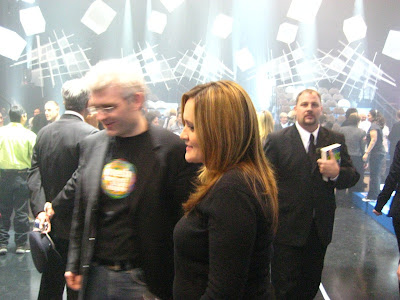 Today the illustrious Jessica Wakeman has an interview with the equally illustrious Samantha Bee -- one of my favorite performers on The Daily Show. The interview touches on something that's hard to avoid: Samantha Bee is a mom. It definitely comes up in the interview, especially in her great answer to the following question.

Did becoming a parent at all affect what kind of humor you found funny? Are some topics off-limits now?

I don’t know that I ever found jokes about rape or murder too funny (laughs), but I guess it depends contextually. But no, I don’t think [becoming a parent] changed my sense of humor at all. I do think that [motherhood] did change my personality a little bit in that I became insanely sensitive to stories about child abuse. I never really personalized those news stories before and now I completely personalize them and I feel homicidal towards people who hurt children. It’s not like I ever supported [child abusers’] cause beforehand, but definitely I’ve taken so much of a harder line on people who are terrible to children. I don’t know where that came from! But I became homicidal-y protective of my children.

Samantha Bee is pretty public about the fact that she's a mom. She did many bits while pregnant and has even worked her pregnancy and motherhood into some sketches. Women out there who are mothers (I'm sure mine included) wouldn't argue with the fact that being a mother really changes you, but I'm always surprised when one of the first questions famous women are asked is about the fact that they're mothers.

Case in point, Bee did an interview with Terry Gross on Fresh Air last week. It certainly wasn't the first question, but she made sure to ask her, (I'm paraphrasing here because I didn't transcribe and a full one isn't available on the website) "Isn't it hard to be a mother of three children while trying to have a career?"

Bee was hasty to note that The Daily Show is an extremely accommodating employer for her as a mother. While I'm sure it's a sentiment any mother of three (or any number, frankly) could sympathize with, I was still surprised that an interviewer of Gross' caliber would still think to ask the question (with subtext, of course) of how a woman can possibly have both a career and children.

Granted -- for those of you who listened to the whole interview, the question seemed related to the fact that Bee talks about her own family growing up so much, and Gross was couching the question in relation to how Bee's life now -- as a mother working with her husband -- is different from how it was growing up.

Still. I tend to sigh. Not because Bee is open about her place as a mother, but because there is still a part of us that finds motherhood and careers at least somewhat incompatible. In the dozens of interviews I've heard Gross conduct, I've never heard her ask male guests quite the same kind of question.

In any case, I'm a fan of Bee's work on The Daily Show, and I can't wait to read her new memoir, I Know I Am, But What Are You?