Feminist Hulk: as Awesome as Everyone Thought 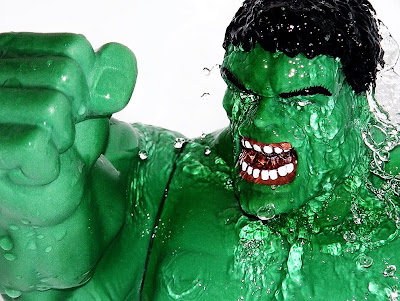 There are some concepts that are awesome to those that sit at the intersection of extremely niche subsets of the population. A perfect example of that is femisthulk, at Twitter personality created by someone only known as his “literary life-partner, J.” It gets right to the heart of feminist comic book nerds. Over at Ms.'s blog, Feminist Hulk and J do an interview with the magazine. I think my favorite part might be when Feminist Hulk says, "HULK HAVE PENIS, IDENTIFY AS MALE, SO HULK COULD BE CONSIDERED CISGENDER. HOWEVER, HULK DELIBERATE IN CHOICES, RESIST PRESSURE TO NATURALIZE OR PRESCRIBE GENDER SCRIPT. SO, HULK COULD BE GENDERQUEER. DEFINITELY HAVE GENDERQUEER POLITICS."
Posted by Kay Steiger at 8:47 PM