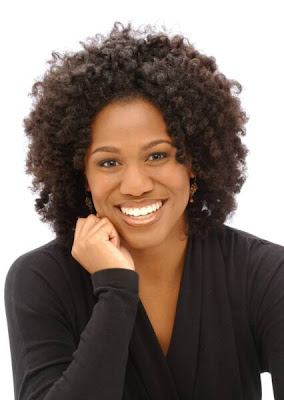 This weekend the New York Times Sunday magazine had a piece called the "Housewives of God" about a new-ish movement of "complementarians" who exist within conservative and evangelical circles of Christianity. These folks believe that "Gender is not an act or a choice, but a nonnegotiable gift," as Molly Worthen, a writer that also works in Yale's religious studies department. In other words, the roles of men and women are not only different, but they're mandated by God, and there's nothing us humans can do about it.

The piece is focused on Priscilla Shirer, a successful teacher of Bible studies to conservative Christian women around the country. Shirer engages in a lot of gender essentialist language in her quotes throughout the piece -- "Being female, we’re emotional beings," for instance. Jill Filipovic over at Feministe does a great job with dissecting what's wrong with these gender binaries, so you should head over there and read what she has to say.

But what I thought was also interesting about the piece was the nature of how this "new brand" of conservative Christian femininity is predicated on stealing the notions of strong women from feminism -- all while steering its devotees away from the actual feminist movement. In fact, Worthen starts out with a description of how equitable Shirer's marriage seems to be. Her and her husband split child care responsibilities equally. The movement, Worthen notes, does its best to co-opt some of the key tenants of feminism.

The only way to defeat secular feminism was to assimilate it. Conservative evangelicals stressed women's equal merit and urged men to lead by servanthood and sacrifice, like Christ himself. Liberals and conservatives note that this theology is more enlightened than the opinion of women expressed by the ancient fathers of the church. For most of Christian history, theologians held to Aristotle’s view that a woman is essentially a defective man, inferior by nature — an argument that mortifies today’s complementarians. The modern conservative position “is soft patriarchalism,” says Alan Johnson, an emeritus professor at Wheaton College in Illinois and an egalitarian. “They still believe in male rule, but they have softened, compromised with contemporary culture by putting women on par with men.”

Conservative Bible teachers like Shirer have built a new paradigm for feminine preaching, an ingenious blend of traditional revivalism, modern therapeutic culture and the gabby intimacy of Oprah. This is the biblical-womanhood-industrial complex: a self-conscious alternative to secular feminism that preaches wifely submission while co-opting some feminist ideas to nurture women like Shirer to take the lead, within limits.

The reason this movement is so successful is precisely because it has taken advantage of the things that feminist activists have pushed forth for decades (or centuries, even). Shirer even talks about the fact that her marriage is so cooperative means she's lucky.

Despite this routine, Priscilla insists that she submits to Jerry — especially in the family’s bigger decisions. “If I will follow him as he’s following the Lord, then the responsibility for navigating our family well falls on him, not me,” she said. “Gratefully, I’m married to a husband that values my opinion and values my ideas. . . . We have lots of discussions, there are times of discontent.”

The implication of this quote seems to be that Shirer believes that if her husband wasn't so generous as to value her opinions and ideas, she'd just have gotten the short end of the stick from God and that she'd just have to put up with it. As Kathryn Joyce, the author of Quiverfull: Inside the Christian Patriarchy Movement

, reported for AlterNet, this line of thinking can be dangerous when the husband in question is abusive.
In the end, those who are part of the complementarian movement are part of a growing swell of conservative activists that are trying to co-opt some of the "strong women" characteristics of feminism to work toward a world where women have fewer rights and fall under control of their husbands and fathers. If anything, that speaks to the power of the feminist movement -- and its weaknesses. Hopefully women won't think they're lucky to be treated equally. Let's hope they demand it.
Posted by Kay Steiger at 1:51 PM

I read that on Sunday and was hoping you'd blog about it. That article absolutely blew my mind.

The phrase "biblical-womanhood-industrial complex" is a keeper.

Sometimes it's just too hard to resist the Sunday magazine.