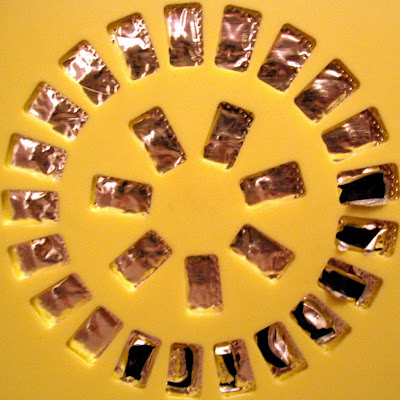 (Flickr/jessamyn.n)
New York Magazine recently published a cover story on the 50th anniversary of the pill (something a number of news outlets did months ago), but the story, written by Vanessa Grigoriadis, talks about how wonderful the pill (or the Pill, as she refers to it throughout the piece) is with one giant "but."

The fact is that the Pill, while giving women control of their bodies for the first time in history, allowed them to forget about the biological realities of being female until it was, in some cases, too late. It changed the narrative of women’s lives, so that it was much easier to put off having children until all the fun had been had (or financial pressures lessened). Until the past couple of decades, even most die-hard feminists were still married at 25 and pregnant by 28, so they never had to deal with fertility problems, since a tiny percentage of women experience problems conceiving before the age of 28. Now many New York women have shifted their attempts at conception back about ten years. And the experience of trying to get pregnant at that age amounts to a new stage in women’s lives, a kind of second adolescence. For many, this passage into childbearing—a Gail Sheehy–esque one, with its own secrets and rituals—is as fraught a time as the one before was carefree.

Few things set the feminist blogosphere into rants quicker than birth control -- particularly discussions about the pill -- so I'm reluctant to pile on to what's already been said articulately and wonderfully by women I respect. But I do have a few more things to add.
First of all, while the pill (which includes it's alternative methods of the Nuvaring and the Depo-Provera shot) is very popular, it's only barely the most popular form of birth control. According to Guttmacher Institute, a reproductive health think tank, 28 percent of women choose the pill as their primary form of birth control. It's followed closely by tubular sterilization (27.1 percent), and more distantly followed by the condom (16.1 percent), male vasectomies (9.9 percent, and intrauterine devices, or IUDs (5.5 percent). Incidentally, IUDs, an effective form of birth control, come with hefty upfront costs that are rarely covered by insurance. It's possible IUDs would be more popular if they were more affordable.
In other words, while the pill has changed the world, it's more that the pill was the first such technology to help women take control over their reproductive lives. Other technologies have stepped in to offer a diverse set of choices for women, even if there are few choices for men -- something Grigoriadis, to her credit, takes time to point out.
Even though the story has a lot of great facts on the pill, how it works, and its importance today, what most women object to on reading Grigoriadis' story is the paragraph I highlighted above. Much of the article is devoted to hemming and hawing over women who delay childbearing too long and then struggle to get pregnant.
But that fiction, while convenient, simply isn't true for everyone. While it is true that women increased the average age of their first birth -- by about 3.6 years according to the Centers for Disease Control -- from 1970, the average age of first birth in America is still only 25 as of 2006. This is, of course, wildly subject to other demographic factors, including your race:

And, of course, the state that you live in. In New York state, the state that Grigoriadis says is plagued with women who are delaying their first pregnancy, the average age of first birth is 26.8. Still pretty young. Incidentally the state that has the highest age of first birth is Massachusetts -- 27.7 years -- just a year older and hardly the threat of 38 at which Grigoriadis hinted.
While averages mean that there are women having children at older ages, that also means there are women having babies at younger ages, too. She's choosing to focus on a specific demographic, a fact that she doesn't even bother to acknowledge.
I was also surprised that Grigoriadis didn't mention potential other, more practical, reasons women may be delaying their fist child. After all, America and Australia are the only two industrialized countries that don't mandate paid maternity leave for women. Furthermore, paternity leave is virtually nonexistent, except for among some high-paying professionals. That puts women in a compromised position from the start for asking more help of their partners with children.
What's more women earn less than their male peers, taking longer for women to set aside acceptable "savings" for their new family members. No wonder so many career-driven women want to wait until they've achieved a certain number of things in their careers before they "settle down" to have children.
But ultimately, it's hard for me to stomach this article scaring women that they're not having babies early enough when the reality is she's talking about a very small segment of relatively privileged women who are making choices to procreate later because they must to send their children to the right schools, have the right house with enough bedrooms, and worry over nutrition during pregnancy. And that is something that definitely can't be blamed on the pill.
Posted by Kay Steiger at 3:59 PM

Even taking into account the fact that segment of the population this argument applies to is tiny, it's still crap. It implies that it would have been better if those late-30s moms would have had (unwanted) babies earlier. Really? REALLY???

I had my first child at 34 and my second at 36 (I'm 39 now). I had difficulty getting and staying pregnant, and both of the successful pregnancies I had had complications. Even knowing all of that, if I had it to do over again, I'd still take the pill throughout my 20s. A baby at 25, when I had low-paying jobs and not enough rank to be able to get the time off I needed, would not have been any better.

You're totally right that the basic premise is stupid. So many others had made that point that I didn't want to spend too much time on it. I guess I should've done a better job of talking about it.

Oh no, I didn't mean that at all...I liked your post. I'm just frustrated that people out there are still beating this same dead horse.

While I would agree that maternity and paternity leave are good things, I'm not too sure that they affect the choice of child-bearing that much, seeing how countries like Sweden have significantly higher ages of first birth.
A lot of that may have to do with class-based differences, though, and the higher rate of poverty in the US which makes it more difficult to compare.