On the Anniversary of Roe v. Wade 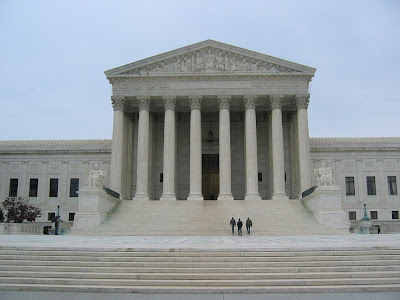 Today is the 38th anniversary of the Supreme Court's decision in Roe v. Wade. Some may not have realized at the time, but the years following that decision saw the safest and most accessible abortion America would ever see. Today, we have the Hyde amendment, which leaves millions of poor women with limited choices; state laws that continue to chip away at access; and now, Congress has proposed a law that seeks to further limit funding for abortion.

In many ways women are more equal and free than they were in those days following the Roe decision. But when it comes to access to abortion, in many ways, women are still embroiled in a political battle for their rights.
Posted by Kay Steiger at 6:53 PM