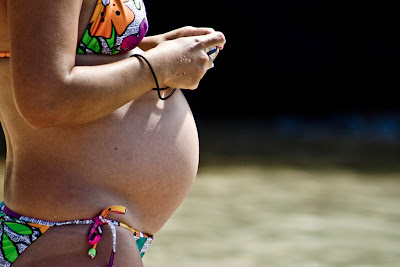 When I first learned of the alleged actions of Dr. Kermit Gosnell, the doctor accused of causing the death of a woman and illegally performing late-term procedures that induced labor and killed the fetus, my heart sank. Not only did I feel for the women who encountered these allegedly horrifying procedures (which are illegal even in states with laws friendlier to late-term abortions), but I knew such a sensational news story would renew the vigor of the anti-choice movement, and nudge even moderate people (and there are many when it comes to abortion, despite what the devisive rhetoric might lead you to believe) toward putting limitations on abortion in the final trimester.

Will Saletan is one such moderate person. In a piece today in Slate, he acknowledges many of the points pro-choice advocates have made in response to his horror at the Gosnell case. These things -- that early abortion is better than late abortion, that efforts to delay abortions only result in women more desperate to seek abortion -- are all true, he says, but he ends with a question:

Contraception or abstinence is best, emergency contraception is next best, early abortion is next best, and we should make these options more accessible, not less. But we'll still be left with some women who, for no medical reason, have run out the clock, even to the point of viability. Should their abortion requests be granted anyway?

Pema Levy over at TAPPED puts up an excellent defense, noting that the ultimately trusts women to make those imporant decisions.

I agree with Levy, but I would only add that the question Saletan is asking is a moral one. It is, of course, a very important one for individuals to discuss and think about, especially when considering his or her own views on the complex issue of abortion, but it is a hard question to incorporate into a policy debate. While Saletan might feel personally that 29 weeks is the limit for women to obtain an abortion, an equally reasonable person might come to a different moral conclusion. So who's point of view do we use to decide policy?

Any time you attempt to legislate morality, it seems to backfire in the worst possible ways, and abortion is no exception. The very best thing one can do is legislate policy that do the least harm to the most number of people while still aligning with society's general guidelines for what is acceptable. This is yet another difficult standard, but if you focus on doing the least amount of harm, then the best policy is to make abortions -- a medical procedure that is dangerous when done improperly -- as safe and as accessible as possible throughout a pregnancy.

If a woman decides to have a late-term abortion, which often means traveling across state lines and spending a lot of money to have it done or submitting to a complicated procedure at a shady clinic like Dr. Gosnell's patients did, then they are obviously making a very serious decision because they feel having an abortion is what they need. Maybe their decision is financial, maybe their marriage has become abusive, and maybe she's a bad, fickle person. But being pro-choice means having the strong belief that women's bodies should not be used in any way against their will.

To do otherwise is to encourage the existance of pracitces like Gosnell's.
Posted by Kay Steiger at 3:23 PM