Birth Control Coverage May Soon Come Without a Co-Pay 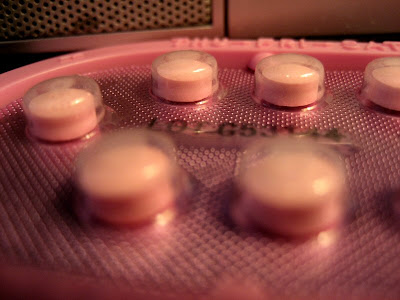 (Flickr/brains the head)
Today the New York Times reports that things are looking up for pro-choice advocates who hope to have birth control classified as preventative care under the Affordable Care Act.

Administration officials said they expected the list to include contraception and family planning because a large body of scientific evidence showed the effectiveness of those services. But the officials said they preferred to have the panel of independent experts make the initial recommendations so the public would see them as based on science, not politics.

Making birth control more affordable (that is, without a co-pay under the Affordable Care Act) makes sense when you consider how insurance companies have been putting financial pressure on women:

Brand-name versions of oral contraceptives can cost $45 to $60 a month or more, not including the cost of a doctor visit for a prescription. In recent years, many health plans have increased co-payments for prescription drugs, so even women with insurance may end up paying half the cost of birth-control pills.

While there has been some anticipation among pro-choice advocates that birth control would be classified as such, the push to classify birth control as preventative care has generated some controversy -- mostly in the form of protests from extreme anti-choice groups like the United States Conference of Catholic Bishops (prominent lobbyists favoring the Stupak amendment) and the Family Research Council (which has recently been classified as a hate group by the Southern Poverty Law Center).
But much as these groups have managed to use their influence on issues of abortion, birth control may be an issue that they've already lost on.
According to Guttmacher Institute data, more than 99 percent of all women ages 15-44 who have had sex use at least one form of contraception. The data also estimates that only 7 percent of women are at risk of unintended pregnancy but aren't using some form of contraception. Additionally, 63 percent of sexually active women use some form of what is called temporary birth control (hormonal contraceptions like the pill, the patch, or the NuvaRing, as well as an IUD or condoms). More than 30 percent rely on some form of sterilization.
The number of women actively using some form of birth control while sexually active is so great that the notion of opposing birth control seems crazy or outlandish. And it is. Allowing women to have more control over their bodies through family planning is better for maternal and child health. Pretending otherwise is simply ignoring what's good public policy and good science.
Posted by Kay Steiger at 8:07 AM