Modern America Is Overrun With Child-Men Who Will Never Marry You, Conservative Writer Says 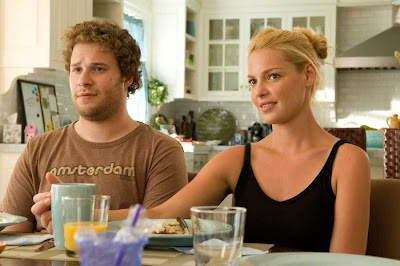 (AllMoviePhoto)
Kay Hymowitz and I might share a first name, but there seems to be little else that we share. She's written about dating and marriage in the past, saying, "By the early twentieth century, things had evolved so that in the United States, at any rate, a man knew the following: he was supposed to call for a date; he was supposed to pick up his date; he was supposed to take his date out, say, to a dance, a movie, or an ice-cream joint; if the date went well, he was supposed to call for another one; and at some point, if the relationship seemed charged enough—or if the woman got pregnant—he was supposed to ask her to marry him."
To Hymowitz, this appears to be an enormous problem. I recall refuting her in an essay for Campus Progress.
Now, she's back at it again. This time, in the Wall Street Journal promoting her new book, Manning Up: How the Rise of Women Has Turned Men Into Boys, she covers a lot of things—from the changing scientific ideas about early adulthood development, which is now starting to be considered a whole different psychological phase from the rest of adulthood, to the transition to an information-based economy rather than a goods-based manufacturing one—but here's the crux of what's making everyone mad:

Where have the good men gone? Their male peers often come across as aging frat boys, maladroit geeks or grubby slackers—a gender gap neatly crystallized by the director Judd Apatow in his hit 2007 movie "Knocked Up." The story's hero is 23-year-old Ben Stone (Seth Rogen), who has a drunken fling with Allison Scott (Katherine Heigl) and gets her pregnant. Ben lives in a Los Angeles crash pad with a group of grubby friends who spend their days playing videogames, smoking pot and unsuccessfully planning to launch a porn website. Allison, by contrast, is on her way up as a television reporter and lives in a neatly kept apartment with what appear to be clean sheets and towels. Once she decides to have the baby, she figures out what needs to be done and does it. Ben can only stumble his way toward being a responsible grownup.

American men have been struggling with finding an acceptable adult identity since at least the mid-19th century. We often hear about the miseries of women confined to the domestic sphere once men began to work in offices and factories away from home. But it seems that men didn't much like the arrangement either. They balked at the stuffy propriety of the bourgeois parlor, as they did later at the banal activities of the suburban living room. They turned to hobbies and adventures, like hunting and fishing. At midcentury, fathers who at first had refused to put down the money to buy those newfangled televisions changed their minds when the networks began broadcasting boxing matches and baseball games. The arrival of Playboy in the 1950s seemed like the ultimate protest against male domestication; think of the refusal implied by the magazine's title alone.

In his disregard for domestic life, the playboy was prologue for today's pre-adult male. Unlike the playboy with his jazz and art-filled pad, however, our boy rebel is a creature of the animal house. In the 1990s, Maxim, the rude, lewd and hugely popular "lad" magazine arrived from England. Its philosophy and tone were so juvenile, so entirely undomesticated, that it made Playboy look like Camus.

It seems modern American culture has made men into puerile, selfish creatures that only want to look at porn all day, or at least, that's what Hymowitz wants you to believe. Unfortunately, I haven't met too many of these men, since I also know lots of mature, emotionally stable, and considerate men who are excited about marrying the partners their with when they're both emotionally and financially ready for marriage.
But Hymowitz's ideas fit neatly into stereotypes, so she runs with it. These notions of immature child-men is a problem. It is also, presumably, the direct cause of dropping marriage rates for young people and the rising number of folks who are getting married later (or never).
Jill Filipovic, Matt Yglesias, and Monica Potts all have great takedowns of Hymowitz's piece, but I would just add that these concerns about getting married by a certain age are becoming increasingly classist.
As Jessica Grose pointed out when Lori Gottlieb's Marry Him: The Case for Settling for Mr. Good Enough caused the Internet to explode:

About 80 percent of female college grads ages 30-44 have been married at some point, compared with 71 percent of women who did not graduate from high school, according to the latest Pew research. The marriages of college grads are also increasingly stable. From the 1970s to the '90s, rates of divorce fell by almost half among college-educated women, but they remained high among women with less than a four-year degree. If there's a crisis in marriage, it's because the least educated and poorest women are no longer getting married.

Emphasis mine. The fact that Hymowitz is focusing mostly on middle-class, upwardly mobile, mostly white men and women seems to be something she's vaguely aware of, since she ends her piece with this passage:

Relatively affluent, free of family responsibilities, and entertained by an array of media devoted to his every pleasure, the single young man can live in pig heaven—and often does. Women put up with him for a while, but then in fear and disgust either give up on any idea of a husband and kids or just go to a sperm bank and get the DNA without the troublesome man. But these rational choices on the part of women only serve to legitimize men's attachment to the sand box. Why should they grow up? No one needs them anyway. There's nothing they have to do.

But in a study of Match.com's users that's consistent with the general population, lots of people are less gung ho on committing (pun intended) to marriage—not just those Playboy-reading nincompoops that Hymowitz described. The survey found that just 62 percent of users definitely wanted to get married and 29 percent just aren't sure. This is likely, as Jill pointed out, that it's because people are less likely to be in a tight economic spot for longer than they used to be:

More people generally — not just more women — are going to college. One’s first job (or one’s second or third or fourth job) is very rarely one’s life-long career. People without higher education face new hurdles now that manufacturing jobs are drying up and well-paying blue-collar work is increasingly difficult to find. That’s a very different economy from the one my grandparents and parents faced. Toss an economic recession into the mix and it’s not hard to see why people aren’t chomping at the bit to make life-long financial commitments to another person when they can barely support themselves — especially in a culture where conservative views on marriage demand that the man is the breadwinner, and that he can support a wife and children.

I'm not convinced that there's a dating or a marriage crisis. Hymowitz is just giving voice to the tired old Sex-and-the-City stereotype of the successful single woman struggling to find a datable man. But just because something rings true to stereotype doesn't make it true.
Posted by Kay Steiger at 1:24 PM

I feel strongly that we need to return to the ice cream joint standard of dating success.

Oh crap. That whole litany at the beginning about what men had "learned" by the beginning of the 20th Century? Any idea who all that learning, and the resulting behavior, was intended to impress? The prospective date's parents (mostly her father)... who at the time were still the arbiters of whether their daughter's "hand" would be given to the boy. For marriage or anything else.

The idea that increased empowerment for (young, single) women has automatically meant decreased power for their prospective young, single suitors is almost as novel as the idea that young single men have ever had very much power. Even if you were to buy Hymowitz's claims without reservation (which I wouldn't recommend) then the primary difference for young single men at the beginning of the 20th Century and the beginning of the 21st would be that decision-making power has shifted from young women's fathers to the women themselves.

And dear sweet mother of pearl let's not point out that Hymowitz's deprecation of today's callow, snot-nosed, "self-abusing" men is nothing compared to the combined scorn and anxiety heaped on them towards the end of the 19th Century.

Do men have a little catching up to do? Sure. But it's not women we need to catch up with. It's residual patriarchy -- internalized and external -- that's holding us back.

I'd just add that patriarchy being a co-ed enterprise, Hymowitz's punditry is part of the problem for men, not part of the solution.

I'd also point out that, predictably, Hymowitz's subtext isn't that women make men small. It's the classic anti-feminist subtext that men are such sniveling losers that the only way to make them look big is to hold women back. The reason I like feminism is feminism's enduring faith in men's ability to rise to meet ordinary expectations. Anti-feminists? Not so much.

Hymowitz' article struck me as misandrist.