Bad News of the Day: One in Five Air Force Women Say They Have Been Sexually Assaulted 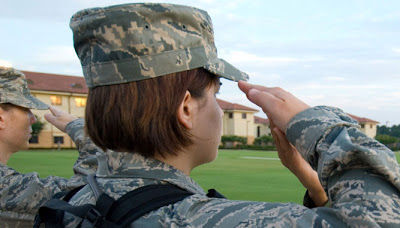 In a quiet push to more honestly address sexual crimes within the military, the Air Force will release a survey later this week that finds 1 in 5 women say they have been sexually assaulted since joining the service.

One of the most comprehensive studies undertaken by the US military to assess sexual assaults within its ranks, it could become a model for how the military as a whole begins to address the problem, defense officials say.

Unfortunately, we're finding that sexual assault rates in the military are higher than rates among the general population. As horrible as this news is, it's encouraging the military is actually reporting the assaults. It's the first step in addressing the problem.
Posted by Kay Steiger at 4:34 PM