Graphic Ladies, Or Women Make and Write About Comics Too 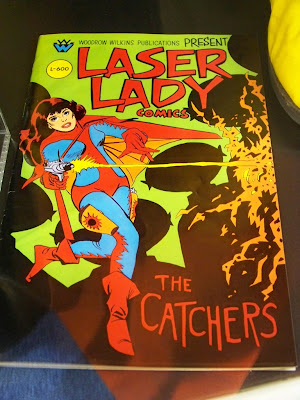 (Flickr/Loren Javier)
Props to Erin Polgreen on making Graphic Ladies, a new blog that highlights the work of female comics and critics. Here's what Erin has to say about why she started it:

The Los Angeles Times debuted a new book award for graphic literature—but only one woman, C. Tyler, was nominated. The judges were all men. Last summer, Fantagraphics released an anthology of the Best American Comics Criticism—but only one woman writer was featured. Now, The Comics Journal, arguably the leading chronicle of the industry, just relaunched, and the number of female contributors is not encouraging. Only one lady author was published at the time of launch, with plans for 6 women (of 29 mentioned authors) to contribute at later dates.

Taking a cue from Ann Friedman's project Lady Journos, which highlights the great work of female journalists to show there's no excuse for a lack of women writers in highbrow literary magazines, Erin started Graphic Ladies to show that women both make comics and write comic criticism, and that there's really no excuse for such pitiful gender ratios.
So follow her on Twitter and Tumblr. Do it. You'll feel better about yourself.
Posted by Kay Steiger at 9:25 AM