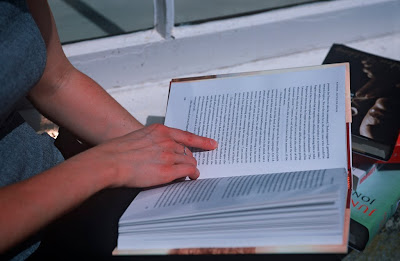 Art and Madness is a particularly hard-boiled addition to a distinct subgenre of female autobiography — memoirs written by women who came of age in the 1950s and who sublimated their own ambitions by attaching themselves to literary men. I'm thinking of testaments like How I Became Hettie Jones by the eponymous former wife of LeRoi Jones, later Amiri Baraka; Manhattan, When I Was Young by Mary Cantwell; and the especially magnificent Minor Characters by Joyce Johnson, onetime girlfriend of Jack Kerouac. Educated at Seven Sisters colleges or their like, these young women wanted to live for Art — which, in the 1950s translated into living for a man who thought of himself as an artist. They found a place for themselves in the New York boho scene of the time, pouring drinks or tending to the other appetites of the resident drunken geniuses.

Roiphe is, after all, the erstwhile wife of Jack Richardson, a playwright who during the 1960s was called one of the most promising playwrights of his generation. But Roiphe clearly resents this connection, and, according to Corrigan's take on the book, is ruthless in her depiction of her younger self. She admonishes her former self for attaching to someone else's genius rather than exploring her own.
Though women today might feel more liberated to pursue their own craft and careers, Roiphe's critique clearly speaks to a perception about how men and women's work is perceived differently—and that's a sentiment that still remains true today.
Writers, like all people, are attracted to people like themselves. A 1993 American Journalism Review article addressed the question of married journalists and pointed to some prominent (at the time) examples:

[...] former Washington Post Executive Editor Benjamin Bradlee and Sally Quinn, an erstwhile Style staffer at that paper. Or Nicholas Kristof and Sheryl Wu Dunn of the New York Times, who shared a 1989 Pulitzer Prize for their reporting on China. Or Ann Devroy of the Washington Post and Mark Matthews of Baltimore's Sun, married competitors. Merrill McLoughlin and Michael Ruby, who are married, are co-editors of U.S. News & World Report.

Of the couples called out in the AJR article, the male journalists are arguably more famous an influential than their partners. It's hard to say how literary couples of today, many of whom are still young and coming up in their journalistic and literary careers, will turn out. They will either challenge this paradigm or reinforce it.
After thinking through the many journalistic couples I know of today (an admittedly unscientific sample), I could name just one in which the female partner far outpaced her partner or husband: Megan McArdle and Peter Suderman. (Please, if you know of any other couples that might be in this category, leave them in comments.)
And it's no wonder. One need only briefly glance at the much-discussed Vida graphs to understand there's a dearth of female bylines to suss out why so many male journalists might be outpacing their partners in prestige.
Of course, we still have the potential to turn that idea—that "literary wives" will live in the shadows of their husbands or partners—on its head. Today in her farewell post at Feministing, Ann Friedman, in her tireless campaign to get more women to win at the literary prestige game, wrote about how women need to be more encouraging to other women. Such a message would be powerful if it especially came from a male partner.
Perhaps someday women will no longer be accessories to the "resident drunken geniuses" Corrigan described in this subgenre of memoir. Indeed, let's make sure the "literary wife" memoir is one that will be written about the past.
Posted by Kay Steiger at 4:11 PM

I'm not sure about "far outpaced," but my impression is that Amanda Hesser is better known than Tad Friend, at least to the general public. Ayelet Waldman would be an interesting person to talk to about this - I was talking to her the other day about how all the news reports of the new TV show they're writing say "Michael Chabon and wife," basically. (That's why I put "Ayelet Waldman and husband" in the title of my post about it.)