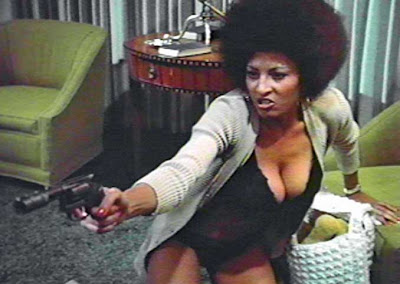 Via Kevin Fallon at The Atlantic, Total Film has a list of the 100 greatest female characters of all time. Like any list, it's inevitably going to be incomplete and biased in various ways. It was, however, startling to see this flaw:

Only two characters of color are ranked—both played by Pam Grier and both corrupted by drugs. Furthermore, only one character based on a real person is on the list, Bonnie Parker from Bonnie and Clyde, and even that's a highly romanticized version of the historical figure.

Emphasis added. This is, in many ways, reflective of Hollywood's bigger problems with offering up few roles for women of color or needlessly casting white actors in the roles of characters that are marked as people of color in the source content. The recent casting call for Katniss Everdeen, the heroine of the popular young adult fiction series Hunger Games asked for an "underfed" Caucasian.

Hollywood's color problem is highly discussed, but often only among feminist and race blogs. Part of me wonders if there's any prodding on the part of executives and directors to diversify their films. Much in the same way editors are getting shamed for not diversifying their bylines enough, Hollywood executives need to feel pressure for continually casting white actors in films. (Television, for various reasons, tends to be slightly more diverse.)

After all, it would've been nice to see some great female characters of color make the list: Penelope Cruz' performance in Volver is supposed to be excellent, Gabourey Sidibe and Mo'Nique were lauded for their performances in Precious, and let's not forget the many excellent performances in The Color Purple. I also really enjoyed Sydney Tamiia Poitier in Death Proof (even if lots of folks thought that film was the lesser of the Grindhouse double feature). And those are just films that come to mind without thinking very hard.

Maybe we need a Graphic Ladies or a Lady Journos for actresses of color.
Posted by Kay Steiger at 4:12 PM