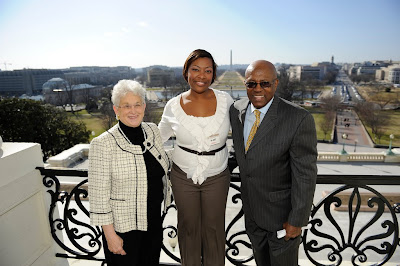 Tiffany Derry, of Top Chef All-Stars, has written an opinion piece for The Hill this week publicly fighting the “gainful employment” regulation proposed by the Department of Education. Derry says this proposed rule is bad because, “The proposed regulation is going to hurt students who need help the most: students who are considered at-risk, minority and low-income or older students who may be raising a family by themselves.”

Her op-ed was accompanied by lobby visits to Rep. Edolphus Towns (D-N.Y.) and other members of the Congressional Black Caucus this week about the regulation.

The proposed regulation will look at default rates and debt-to-earnings ratios, but her conclusion that the regulation would “limit federal aid to students” is flat-out wrong. Under this regulation, it isn’t the student who won’t get funding; it is specific programs at schools that risk getting their funding pulled because too many of their students end up with overwhelming debt. Students are welcome to get financial aid for programs that provide better educational value.