Lanny Davis and the Left 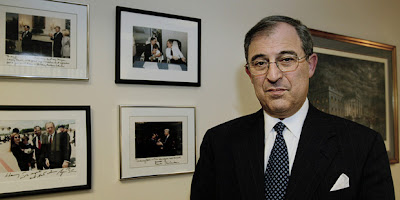 Many people may have taken the holiday off, but Lanny Davis, lobbyist for many special interests in Washington, including for-profit colleges in their quest to avoid accountability, did not. It turns out he was very busy at the end of 2010. Here’s a roundup of all things Lanny Davis from the last couple weeks: