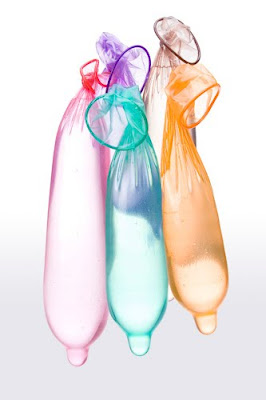 Via Guttmacher, a new study conducted by Guttmacher's own Rachel K. Jones and Ann E. Biddlecom of the United Nations Population Division discovered teens are wary of information about sex they find on the internet (or Internet, if you're the AP Stylebook). It's almost as if they discovered that information found on in the interwebz is sometimes unreliable! Instead they'd rather rely on advice from family members, teachers, or -- gasp -- their doctors. It's almost as if these savvy teens recognize that sexual health is related to other health.
Seriously, though, I think this study reveals that teens are just as smart (or smarter) than the rest of us. It's not that there isn't good information out there on the internet (Scarleteen, Sex, etc., Planned Parenthood's teen site, AmplifyYour Voice, and It's Your Sex Life are all great resources), but teens have figured out that information on the internet varies based on the writer's bias. The Guttmacher press release noted that, "The teens indicated a distrust of online information because it is often user-generated and could therefore be incorrect." Reading information on the internet is much like encountering information in the rest of your life. You have to figure out what information reliable and what information isn't. Sometimes, it's harder to tell than other times.
Teens are turning to people they already trust because, well, they already trust them in other aspects of life. But like anything, the folks you trust to get you to school on time or teach you algebra theory might be a great resource -- or they might not. The important thing for teens to do as they suss out information on sex, whether they are thinking about becoming sexually active right then or want to wait until later in life, is to use their critical thinking skills and look for sources that are trustworthy, whether online or in real life (IRL for you teens!).
Most important, there should be an abundance of good information out there. One grad student in public health admitted on a listserv I'm on that she sometimes killed time by responding to sexual health-related inquiries on Yahoo! Answers. It's a great way of contributing in a small way for those teens who may not feel comfortable going to family members or other adults for information.
So if you have the expertise, this seems like an easy way to help tilt the scale toward good information online.
Posted by Kay Steiger at 2:01 PM

I believe that teenagers are in the stage where they are filled with curiosity especially about sex. It is so important that they are well guarded, not strictly by their parents. Glad to know that they don't easily believe with what are written in the Internet because truly not all of them are reliable. Smart they are if they choose to believe the advice of their parents.